How to Prepare for Tax and Estate Planning Changes

April 28, 2021
Written By: John Folwer, CFP®
Unprecedented.
A word we have uttered quite a bit over the last 14 months. Unprecedented. As in an unprecedented viral outbreak, an unprecedented economic shutdown, an unprecedented amount of stimulus passed by Congress, and an unprecedented recovery.
While the recovery is underway, this isn’t to say all segments of the economy or even the people who work in those segments were affected equally. Some worked in thriving segments while others continue to struggle. It goes without saying, the COVID shutdown will have an impact lasting far beyond the reopening. COVID’s legacy will be one of lives lost, businesses lost, and trillions of dollars spent to keep the economy afloat.
The stimulus programs passed by Congress totaled in the trillions of dollars with trillions more expected to be spent on additional social safety nets which are currently being debated. These will all need to be paid for somehow and just like what happens at your favorite restaurant at the end of the meal, eventually the check comes due. In this instance, the check will be paid by a large overhaul to tax and estate planning rules.
Many tax rules were already due to sunset at the end of 2025, however, to pay for all the spending, these changes will likely arrive many years sooner than previously expected. While we don’t yet know what the new tax rules will be, we have a pretty good idea of what may be ahead.
For instance, we know there is a focus on increasing the marginal tax rates for higher-income earners, typically households earning in excess of $400k. There could also be an increase in the rate at which capital gains are taxed for those households with income over $1 million. This would potentially take the top rate to 39.6%, while maintaining the Net Investment Income tax of 3.8% for a grand total of 43.4%. If you live somewhere subject to state and local taxes, this number could easily exceed 50%.
While we know these income levels may not be a cause for concern for all of our clients we would also point out, we don’t yet know what the final brackets will look like. It’s not uncommon for dollar amounts, percentages, and exclusions, to be changed once the bill(s) end up in committee. These are often redrafted numerous times and could result in very different numbers. Under prior tax rules, high net worth would have been considered a household income of $250k, a dollar amount drawing in quite a few more households and may end up affecting you.
Another potential game-changer when it comes to tax planning is the loss of the step-up in cost basis when assets are passed to an owner’s beneficiaries at the time of their death. Imagine inheriting your parent’s house with 30-40years of appreciation and you are now responsible for paying the taxes when you sell the house to settle their estate. The same would potentially be true of any inherited assets physical or otherwise. The company stock your mom had her entire career and is now significantly appreciated. What about the Apple stock you bought in March of 2008 and has appreciated since? When it is inherited by your beneficiaries it may come with a very large tax bill. This brings us to our next point, the Estate Tax Exemption.
As it stands right now, the current estate tax exemption is $11.7 million per individual or $23.4 million per couple. This was often seen as a way for small business owners to potentially pass on their businesses to family members without having to liquidate the business to pay taxes. We’re looking at an $11.7 million exemption possibly due to sunset at the end of 2025, however, it is our expectation based on commentary being provided by politicians, this will change before then. The current administration has also suggested a target amount of $3.5 million per individual, thereby reducing the exemption some 70%. This could have a profound effect on those of you who have accrued a significant level of assets or still have ownership of a privately-owned business.
Going forward, it will be vitally important to understand tax rule changes as they occur and make adjustments to any existing financial plan or estate plan. It means before you place a sell order or take a distribution you might need, first coordinate with your advisor to ensure you are being as efficient as possible. It means for those of you with businesses or large estates, it is vitally important to reevaluate your estate plan and gifting objectives sooner rather than later. Please coordinate with your financial advisor, our tax planning team, and estate planning professionals to ensure your plans work the way you intend.
Making money is nice but don’t ever forget, it’s not what you make, but rather what you keep that will ensure your success in retirement. 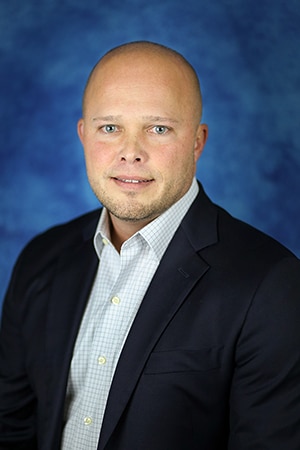 John Fowler, CFP® is a Senior Wealth Advisor and Portfolio Manager at TCG Advisors. Before moving to TCG, John spent 4 years working in the Defined Contribution/Defined Benefits department at Fidelity Investments. John spent the next 7 years at TD Ameritrade, 5 of which he served as the manager of their downtown Fort Worth branch overseeing $1billion in assets. After leaving TD Ameritrade John ran the equity and options trading desk for a regional RIA firm in the Dallas/Ft Worth metroplex. John has spoken at numerous conferences and institutional events (Financial Planning Association, Chartered Financial Analyst regional conference, Chicago Board Options Exchange, TD Ameritrade Institutional Conference, TASBO, etc.) and now brings his skills and expertise to the TCG family.
John specializes in Portfolio Management, Retirement Plan design and Implementation, as well as Financial Planning. John maintains the CERTIFIED FINANCIAL PLANNER™ designation and series 66 securities license. John has a Bachelor of Science degree in Electrical Engineering.
Financial assistance is available! Get matched with a Financial Advisor: END_OF_DOCUMENT_TOKEN_TO_BE_REPLACED

Shopping tips for this holiday season

Unless you complete your holiday shopping before Halloween, you might be enticed by Black Friday and Cyber Monday deals. These tips may help you...

END_OF_DOCUMENT_TOKEN_TO_BE_REPLACED

Top Women Advisor Nominees Include 3 of TCG's Own